Ever since I was a little kid, I’ve been somewhat of a clean freak. Not like Howie Mandel, crazy-won’t shake-your-hand-clean-freaky, just a little neurotic at times. I get skeeved out in subways and movie theater bathrooms. Public changing tables can put me into full blown panic mode. Airplanes, nursery schools, yoga mats, pretty much anywhere in China… Ugh, gross. 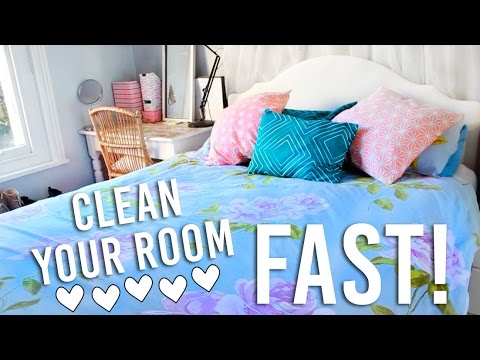 Suffice to say, I like things in my home clean. I have a regular housekeeper, who basically sucks, so I do a lot of the cleaning myself. As a designer, I am naturally attracted to the coolest looking items on the shelf. I admit it, I’m a sucker for great packaging! But at the end of the day, I want them to work. And work well. If not, I’d just as soon stick to what my mother used: a good, old fashioned mop and a Hoover. In Miami, there’s something called a Cuban Mop, which is a stick and a towel. Fabulous, by the way… google it! The one thing I never really splurged on was an expensive vacuum cleaner. It is something I always looked at as “why bother?”. Suck the dirt, toss the bag and they’re all the same. My Cuban Mop suited me lovely, as well. Ah yes, the tech-loving girl who has all the latest cool shit is using rather primitive cleaning gadgets. Strange, I know.

After I clogged the last $129 vacuum with dog hair and the mop looked too gnarly to use anymore, I figured it was time to call in the big guns. I took a look at cleaning items ranging from $20 to almost $800 and have my opinions on what I liked the best and why. My feeling is, like most consumer products, they should work well, be priced well and look good. People tend to buy things that look cooler or make you feel cooler. So you know, my style is that I write about things I LIKE rather than things I don’t. I prefer not to discuss the negative but rather, focus on the positive. So if my reviews seem overwhelmingly favorable, that’s why.

Here’s what I loved and why… My Top 5 Picks

Vacuum
My favorite was the Oreck Edge. At $799, I needed it to be the best. When I asked a representative of Oreck why the price was so much higher than other vacuums, she said, “Why is a BMW more expensive than a Honda Civic?” Touche. The girl’s got a point… And she’s sassy like me!

After using it, I was amazed at how effortless it was, lightweight and maneuverable. More importantly, it is powerful. I didn’t have to go back and forth to pick up my dog’s hair, just once. It really is that good. “This vacuum handles like a Porsche”, to quote my husband. It’s also a two unit system, one upright and a handheld which is about the size of a backpack. It’s definitely an investment for that price, but like my father always said, “When you buy quality, you wince once. When you go cheap, you wince over and over again.” So true.

A Mop
I discovered something called the Spin & Go Pro. It sells for $39.99 plus shipping on TV. It’s a 360 degree rotating mop and a pail with a colander like insert. It’s shape is great for getting under furniture and around tight spaces. The coolest thing about is it’s like a salad spinner. You dip the mop, push down and it spins really fast. It makes wringing out your mop a thing of the past. It works great, I loved it. The only annoying thing was my two year old son, Ford finds it equally as cool and kept wanting to “help” me clean the floor.

Steam Cleaner
I never really bought into the whole thing of “cleaning” your whole house with no cleansers, just steam. I like some soap in there, a little Windex, something. I know, I know…the steam alone disinfects, blah, blah. Psychologically, I need a little something something, though. That said, I never got into this line of product. However, I was willing to give it a shot. I tried a few, they kind of all seemed to do their steam thing very similarly. One product seemed a cut above because it had more options. Euro-Pro Shark Vacuum Then Steam Mop 2 In 1 was pretty cool. The vacuum worked pretty well and then you could immediately steam clean. The 2 for 1 concept is great for people that live in small spaces and like the idea of less products and more muscle. The reviews online were definitely favorable and the price was right at about $149.00 at several nationwide retailers.

Air Purifier
I’ve always thought of air purifiers as something that you don’t really need. Air purifiers come in all forms and can often be quite costly. We’ve all seen that “miracle crystal rock” thing that has alleged cleaning powers. It’s usually in the booth next to the Slap Chop guy at Home Shows. But, I keep an open mind. I came across something called the ZON Air Purifier by Humanscale. I like it for a few reasons. One, it was compact. it’s meant for a home or office. I work from home and I have two dogs who often nap on the rug in there. I love my dogs, but sometimes they get that Not So Fresh Feeling smell and it grosses me out. Also, this year I had a really bad bout with allergies for the first time. I wanted to sort of detox the air on my office. I used this and in a few days I definitely saw a difference. Another plus was it only consumes 22 watts of power and exceeds Energy Star requirements by 200% – making it the most energy-efficient air purifier on the market today. I asked the people at Zon who this product is perfect for. Chris Gibson, Director, Air Quality Products for Humanscale said, “It is an excellent solution for anyone who suffers from asthma or allergies, but it also can help anyone else feel better and stay healthy by removing more than 99% of the pollutants, allergens, irritants, bacteria and viruses from the air which they breathe in on a daily basis.” That’ll work! You can pick it up for $299.00 on Frontgate, who are known for only carrying “the best of everything”. Definitely a good sign..

Quick Clean Up
Lysol Clean Flip, under $20 was a winner in this category. If you like The Swiffer Wet Jet, then you’ll dig this gizmo. It’s like the Swiffer, but a little better in my opinion. It’s wider, so it covers more area and it flips so you can reach edges and moldings. You will need to buy refill cloths, just like its P&G counterpart, but it was easy to use and smells great. There’s also something gratifying about using Lysol on your floors for some people because it kills something like 99.9% of bacteria. Hello Howie Mandel! You should get one!

Whether you’re into cool gadgetry or a basic stick and a towel, a la The Cuban Mop, you can get your house clean in a variety of ways. Some are just a little cooler than others.

5 Houseplants That Do Double Duty

How to plan for floating shelves