Please use the sharing tools found via the share button at the top or side of articles. Copying articles to share with others is a breach of FT.com T&Cs and Copyright Policy. Email [email protected] to buy additional rights. Subscribers may share up to 10 or 20 articles per month using the gift article service. More information can be found here. 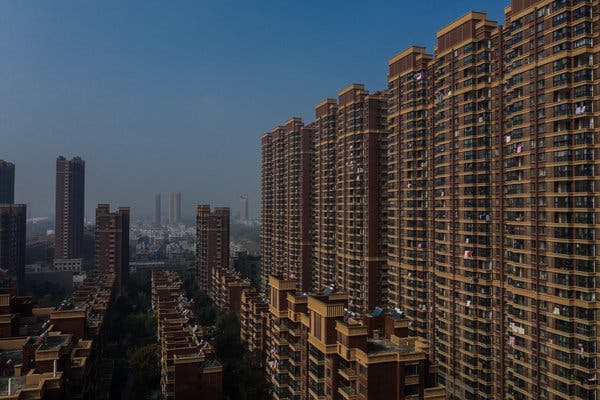 Wu Xiaohui was shopping in New York. For buildings. “He didn’t really care — he’d point out the window and say: that one!” recalls a real estate executive who met Mr Wu, then chairman of China’s Anbang Insurance. The acquisition strategy — to the extent there was one — appeared to be “the bigger, the better”, the executive recalled. Among the baubles Mr Wu snapped up was the fabled Waldorf-Astoria Hotel, the preferred Manhattan lodging of visiting kings, presidents and Frank Sinatra. Anbang paid $1.95bn for it in late 2014 — the biggest ever sum for a US hotel. These days Wu is in jail in China, sentenced to 18 years for fraud and embezzlement. Anbang, meanwhile, is under the control of the Chinese government and looking to unload US properties worth billions of dollars. The reversal is part of a dramatic exodus by Chinese companies that stormed the Manhattan property market — paying record-breaking sums for trophy buildings and filling the pockets of opportunistic sellers — only to beat a hasty retreat a few years later. “It’s like a tsunami that came rushing in and then the waters went back out to the sea,” one developer says. Wu Xiaohui, who oversaw the $1.95bn purchase of Manhattan’s Waldorf-Astoria hotel as chairman of Anbang Insurance, pictured in 2017. He has since been jailed for fraud and embezzlement © Reuters What pushed back the tide was not the poor performance of those investments. Rather, it was events in Beijing. With concerns rising about a slowdown in their own debt-laden economy, the Chinese government imposed capital controls to clamp down on splashy overseas property deals. The Communist party’s shift has rippled through global property markets far beyond the Middle Kingdom, prompting sales of office towers and apartment buildings from London to Vancouver. A recent report by Cushman & Wakefield cited a “frenzy of disposal activity”, with mainland Chinese investors putting an estimated $12bn in overseas property up for sale. Nearly two-thirds of Chinese respondents told Cushman that it had become either impossible or extremely difficult for them to transact outside the country. “The Chinese are absolutely net-sellers now,” says Douglas Harmon, Cushman’s head of capital markets. Nowhere has that trend been more visible than New York, which has long served as the gateway for foreigners pouring money into US real estate. The Chinese pullback has hardly capsized the market. But it has removed one of the most prominent sources of fuel from a rally whose sheer duration has convinced many that it must soon be coming to an end. In the meantime, it is being felt by the developers of several luxury towers sitting empty on the fringe of New York’s Central Park, the sellers who can no longer count on an aggressive Chinese bid and the brokers who profited from headline-grabbing deals. “There’s nothing that struck fear into the heart of a bidder as: ‘the Chinese are looking at this’,” a New York broker recalls, sounding wistful about those frothy days a few years ago. While Anbang’s travails have been highly visible, some of the carnage has been out of view. A New York real estate lawyer recently disclosed that he was unwinding a multibillion-dollar US property fund bankrolled by a Chinese fund. The fund had rented multiple floors of New York office space but was being quietly shuttered before it ever opened its doors.